Light and Sound at Houston’s Day For Night

23th December 2015. Eric Brian Stevens. – Free Press Houston is a publication based out of Houston, Texas with a focus in music, arts, and culture. They’ve become known for their annual music festival called Free Press Summer Fest, and this year they’ve rolled out an all new festival, Day For Night. It took place this past Saturday and Sunday (December 19-20). The festival featured an incredible lineup of music, and all materialized within several disorienting light and art installations, set across 6 acres of space. Attendees were fully immersed into an experience of light and sound.

The people at Free Press curated an array of striking and unique artists for Day For Night. Kendrick Lamar headlined. His album, “To Pimp a Butterfly”, was just named the top record of 2015 by Rolling Stone. New Order, who had not played in Houston since 1989, returned to the city while touring their new album. They also payed tribute to Ian Curtis, giving us “Shadowplay” and “Love Will Tear Us Apart”, while a large projection behind them read “Forever Joy Division”. Phillip Glass Ensemble tweaked with festival dynamics, conducting his unique showcase of “music with repetitive structures”. Phillip Glass is an American composer with an extensive body of work in minimalist sound. A perfect scene in the overall spectacle was Flying Lotus, with his signature “Layer 3” visual technology. His performance is an optic and auditory trip. He is merely a silhouette within his fractal visuals and ethereal noise.

Nicolas Jaar orchestrated the most overwhelmingly psychedelic performance of the weekend. I felt myself struggling to breathe at a normal pace after the set, as my heart rapidly knocked on the walls of my chest. He built his foundation from an abstract cacophony, and let it evolve into a beautifully complex masterpiece of music. The vibes were equally dark as they were groovy. Jaar was a mad scientist, manipulating his experiments on the audience. The lights were hallucinatory, and perfectly timed. A friend of mine had eaten 2 hits of acid before, and said afterwards, “He just knows”. 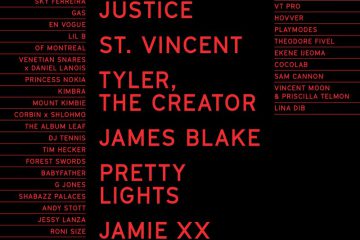 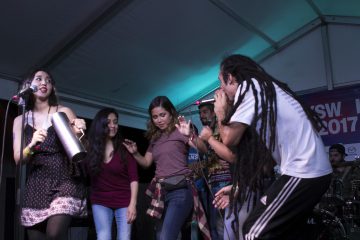 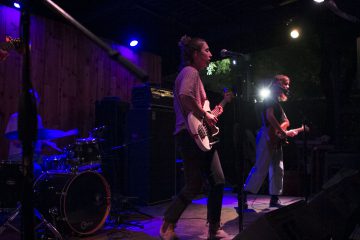 Light and Sound at Houston’s Day For Night